Since Adli Wahid joined us in 2014, he’s been shaping his role according to the needs of the cyber security community, and the ever-changing landscape of the Internet. His work is centered around learning – it’s Adli’s job to stay abreast of what’s going on in the world today, and what’s around the corner.

He says his role in ‘taming the beast’ (the Internet!) can be likened to David’s plight against Goliath. But with a tight-knit team to back him and the support he needs to succeed, Adli draws his sword (kick-starts his computer) with a fire in his belly and a mission in his heart. Read on as he shares why he wouldn’t have it any other way. 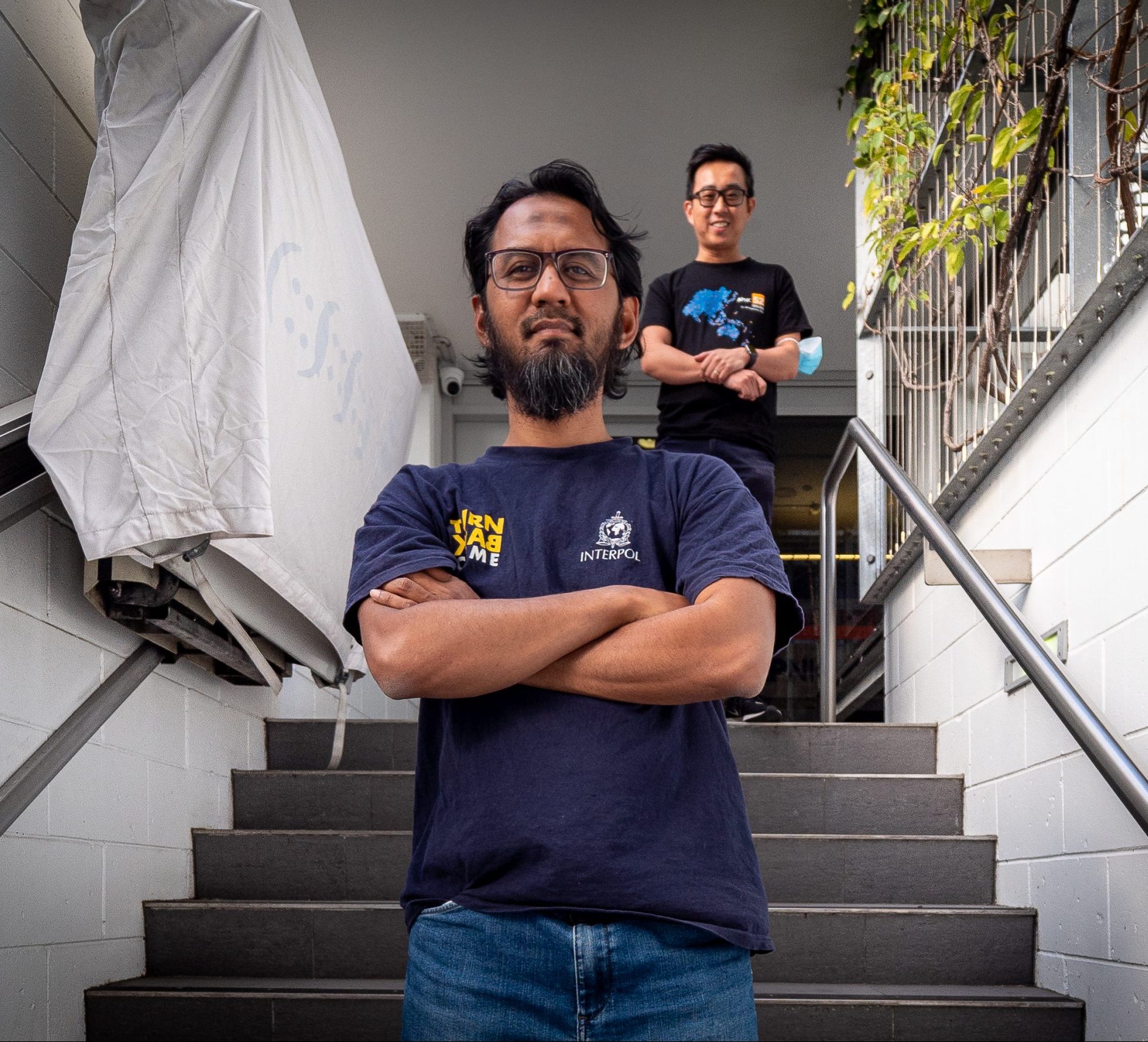 IT with a mission 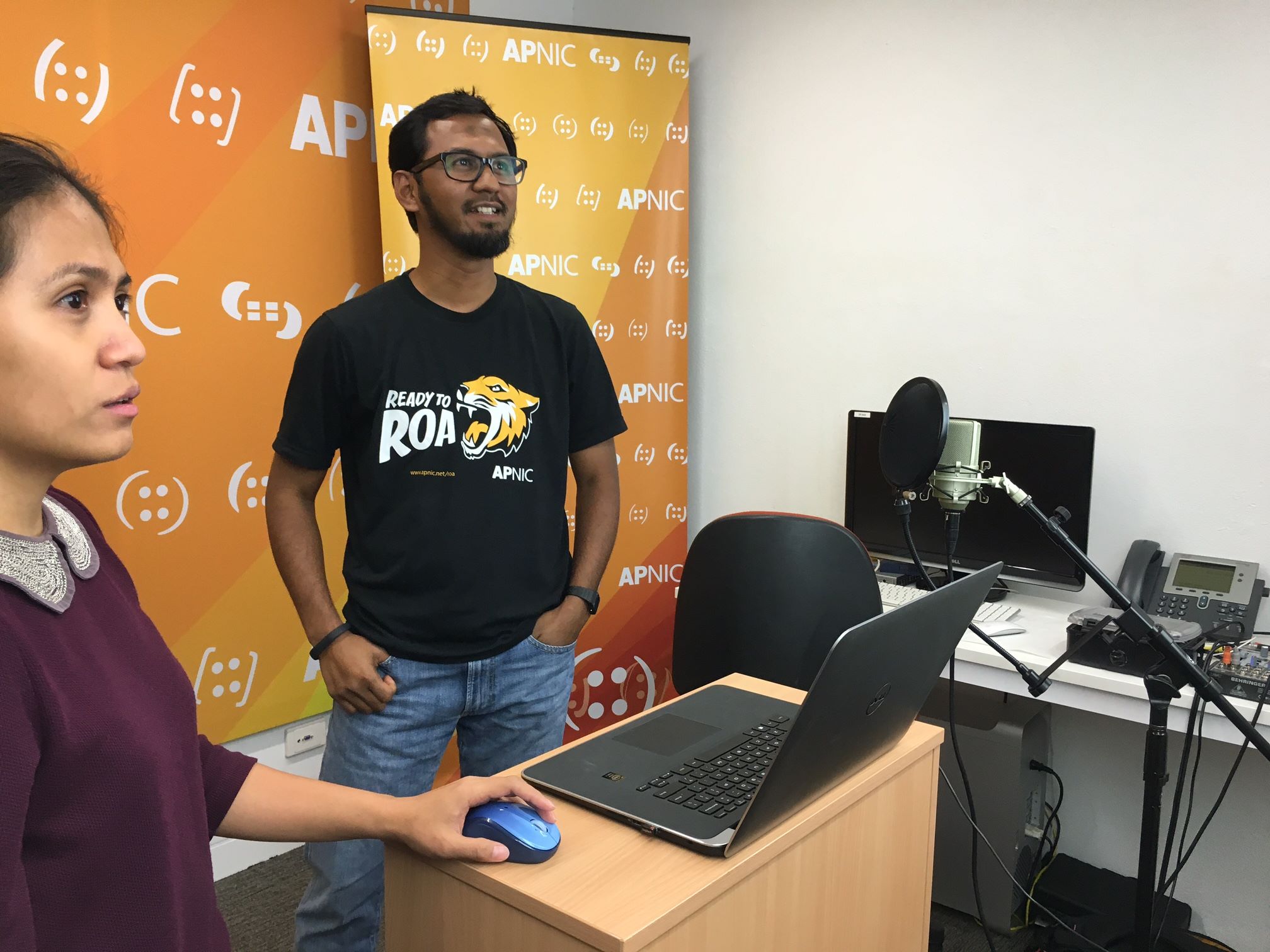 Adli Wahid joined us as our Internet Security Specialist in response to a growing need for support for cyber security teams across the Asia Pacific. Initially, his primary focus was to serve as a contact for stakeholders investigating the abnormal activity of IP address holders. While this remains core to his day-to-day work, Adli has also come to play a key role as a cyber security educator.

Every day, he empowers organisations, community groups and individuals to take responsibility for their online safety, through workshops, forums and conferences.

“Our mission is a crucial one – we’re working towards a more global, secure and safe Internet. A key part of this is decentralising security literacy. Security should be accessible to everyone. And while our focus is the Asia Pacific region, the Internet has no borders! That’s why I’m proud to have delivered one of our first open-access cyber security courses as part of APNIC Academy – free to anyone on the internet. And tonight, I have a meeting with Interpol on ransomware; on Wednesday, I’m at a conference hosted in Singapore; after that, I have a session on Linux systems forensics with the security community in Timor Leste.” Yet, critically, Adli is careful to listen and learn as often as he teaches.

A place to learn, experiment and grow

Adli emphasises the necessity of staying up to date with the IT underworld – whether it be setting aside time to read, putting his hand up for various projects, or enrolling in formal courses.

“The Internet is constantly changing. What someone learned at university years ago isn’t applicable anymore. So it’s essential we dedicate time to learn about the tools we’re using, connect with Internet users around the world, and test new techniques. This is highly encouraged at APNIC. We’re expected to set time aside during our week to stay on top of the constantly changing technologies.” Throughout his time with us, Adli has completed several courses, covering anything from Malware Analysis to Intrusion Detection and Network Forensics. His dedication to self-development saw him step up as our Senior Internet Security Specialist after just two years with us. But, he emphasises, much of his learning has come from community engagements and hands-on projects that he’s had the opportunity to lead at APNIC.

“In 2019, APNIC partnered with some of our members in the region to kick off the APNIC community Honeynet project. The project’s aim is to set traps for threat actors in order to study their activity. The initiative has enabled us to draw from real-life hacker activity to educate ourselves and users about online threats. We deploy sensors around the Internet which attract attacks, and then analyse the tools, techniques and procedures used by threat actors. We use the findings to alert stakeholders whose IP addresses are at risk.”

Adli has also played a role in helping to establish the national cyber security teams for Tonga, Papua New Guinea, Vanuatu, and Samoa. He describes this as an incredible development opportunity in his career.

“Every country and major organisation should have a Computer Emergency Response Team (CERT) which is responsible for protecting the safety of their online community. Since 2015, I’ve led a team working with a number of Pacific Island nations to work with local experts and specialists to setup their national CERTs. It’s a good feeling to know I played a small role helping these nations achieve such a momentous step in their Internet security.”

An experienced cyber security professional, Adli has seen first-hand how the Internet can be abused. Joining APNIC, he says he was inspired by the chance to bolster online security, and critically, empower others to take responsibility for their online safety. 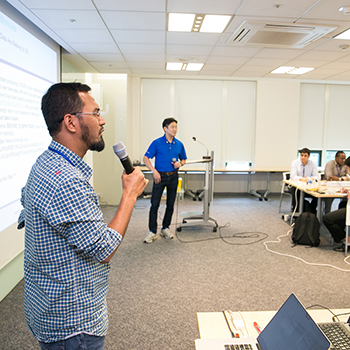 “We have an exciting challenge before us – one that is centered around a true mission. So, at APNIC, I see an opportunity to give back. Early in my career, I observed how the Internet is misused and isn’t always accessible – especially in developing countries. Working at APNIC, I apply my knowledge to truly help others – not only to solve security challenges, but to get better at security.”

And it’s the impact he has that Adli loves most about his role: “People reach out to me with any number of issues – some of which are very serious, such as a system compromise shut-down or criminal activity. It feels really good to be able to help.”

Before he continues preparing for his next workshop, Adli leaves us with one final thought:

“If you’re looking for meaningful and purposeful work, APNIC is the place for you. There are major security challenges when it comes to the Internet. We need to tame the beast. We need more people working towards a safe and secure online environment. And at APNIC, you’ll see the impact of your work at the local level, with your work translating into even greater things across the world.”